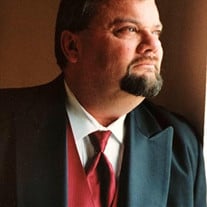 Jeff went to be with his buddies in heaven Tuesday afternoon October 3, 2017. He was preceded in death by his father James BUGE Neher, Grandfather J.D. Creswell & wife Opal, and Grandfather Martin Neher & wife Mary. Jeff is survived by his mother Janelle & Royce Petty, brother Jimmy Neher, son Ricky Neher & wife Amey, daughter Nikki Weekley and husband Jonathan, daughter Olivia Sittler and husband Aaron, grandchildren Brayden, Evan, Avery, and his first love, Tammy Neher. Aside from his immediate family, Jeff held a special place in his heart for Shirley Preston and often bragged about her being the “best mother-in-law” in the world. In May of 1978 Jeff graduated from Western Heights, and went to work for Buge at Neher Oilfield Engine Service which he later became the owner/operator of. Jeff became the driver of “Big Red”, a family owned race car sponsored by the company. In 1986 he won the NHRA Winston Division IV points championship. He often gave credit to his family for supporting him at the track, and always referred to his father-in-law Darrell Preston as being the greatest coach anyone could have. A typical race day involved 3 or more car loads of family members and friends and other than his three children, this was one of his proudest memories and greatest accomplishments. When he wasn’t in the oil field or at the track, Jeff enjoyed fishing, hunting, and simply being outdoors. During his time in the field, he would always look for small ponds and return later to fish. He had zero fear of snakes and before other people could quit screaming the snakes would be snatched up and knocked against a tree. It wasn’t a big secret that if a pond was infested with turtles, a return trip would be planned with .22 rifles to aid in the survival / growth of the black bass population. Later in his life, he bought a Harley and he began attending bike nights and cruising with friends. During this time, the world nearly came to an end when he showed his mama the tattoo he had to go along with the bike. Recently, Jeff decided that a companion was needed and agreed to adopt a rescue dog from south Texas. After combing through 100 suggested names from a FB post, he decided on “Harley”. Although they were only together for a short time, the two of them developed a tight bond and had become the best of friends. Their days consisted of running to the store, subway, and visiting the Neher Insurance Agency where they would gladly run errands, trips to the bank, or just sit and visit. Whether he was racing, fishing, riding, hunting, or just working around the house, you could always count on Jeff to make a joke, sing a goofy song, or make some off the wall comment simply to make others smile. Not a day will pass that Jeff and his quirky personality won’t be missed. Please send cards, flowers, etc to: Signature Cremation & Funeral Care 447 SW 89TH St Oklahoma City, Ok 73139 A memorial service celebrating the life of Jeff will be held at 10:30 a.m. on Saturday, October 7, 2017 at Crossroads Church Chapel, 8901 S Shields Blvd, Oklahoma City, OK 73149, formerly known as Crossroads Cathedral.

Jeff went to be with his buddies in heaven Tuesday afternoon October 3, 2017. He was preceded in death by his father James BUGE Neher, Grandfather J.D. Creswell & wife Opal, and Grandfather Martin Neher & wife Mary. Jeff is survived by his... View Obituary & Service Information

The family of Jeffrey D. "Jeff" Neher created this Life Tributes page to make it easy to share your memories.

Jeff went to be with his buddies in heaven Tuesday afternoon...

Send flowers to the Neher family.