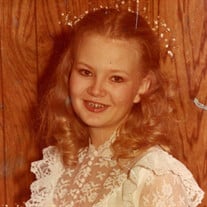 Sally Kay Phillips, age 61, loving devoted wife and mother was called home to be with the Lord after a short illness on Sunday June 28, 2020 in Oklahoma City at her home, surrounded by her family. She was born to Howard S. & Betty L. Sunell on January 7, 1959 in Duluth, MN. Her father passed away on July 29, 1962 when she was 3 years old. On November 14, 1963 her mother was remarried to Clyde E. Ross when she was 4 years old. He raised her as his own child, whom she dearly loved. The family moved to Libby, MT shortly after, where Sally went to school and graduated from Libby School District in 1977. She always loved that she was a Libby Logger. Sally came to Oklahoma City to attend Oklahoma Christian College. During her time there, she and other students started attending South Woodward Church of Christ, where she met her future husband, Mark W. Phillips, and they married on December 8, 1979. During their almost 41 years of marriage, they had 4 children. Sally had the joy of being a stay at home mother for almost 16 years. In 1988, they became members of Grand Boulevard Church of Christ and continue to be active members. She started working in November 1995 for the Metropolitan Library System at the Southern Oaks location. Sally was a proud and dedicated employee. She loved her job and her coworkers and always talked of how fond she was of them. Her hobbies included reading, doing puzzles, shopping especially for shoes and clothes, spoiling her grandchildren and trivia. Sally will always be the Jeopardy champion in our eyes. She had a strong love for her fur babies. Sally is preceded in death by her grandparents, Walter & Sally Sunell, Harold & Evelyn Hutton; sister, Evelyn Marie Sunell and grandchildren, Tulsa Marie Phillips and Kylie Breanne Newey. She is survived by her parents, Clyde E. & Betty L. Ross; husband Mark W. Phillips; children, Emily & Jeremy Mills of Yukon, OK, Melissa & Dirk Burnett of Oklahoma City, OK, Adam & Kristy Phillips of Dibble, OK, Matthew & Wendy Phillips of Newalla, OK; 12 grandchildren, Tara, Nathan, Kaleb, Jakob, Dustyn, Sierra, Kaden, Ava, Elizabeth, Logan, Ariya & Quinley; siblings, Howard Sunell & Fran of Kalispell, MT, Tommy Sunell of Kalispell, MT, Kenny & Marina of Kalispell, MT, Marcia & Bill Alexander of Bonners Ferry, ID, Clyde Ross Jr of Libby, MT and Mike Simms; nieces and nephews, Crystal, Zachery, Cassandra, Karina, Larissa, Oliver, Aaron, Jason, Jeremy and Ashley, as well as many aunts and uncles and cousins. The Family would love to thank everyone who loved and appreciated Sally. She was such a young and beautiful soul who had to leave us to soon. Come-and-go visitation for Sally will be held on Wednesday, July 1, 2020 from 11 a.m. until 8 p.m. at Signature Cremation and Funeral Care, 447 SW 89th St. Oklahoma City, OK 73139. The family will be receiving friends at a reception on Wednesday from 5 p.m. to 7 p.m. Services celebrating the life of Sally will be held at 3 p.m. on Thursday, July 2, 2020 at the Oakcrest Church of Christ, 1111 SW 89th St, Oklahoma City, OK 73139.

Sally Kay Phillips, age 61, loving devoted wife and mother was called home to be with the Lord after a short illness on Sunday June 28, 2020 in Oklahoma City at her home, surrounded by her family. She was born to Howard S. & Betty L. Sunell... View Obituary & Service Information

The family of Sally Kay Phillips created this Life Tributes page to make it easy to share your memories.

Send flowers to the Phillips family.